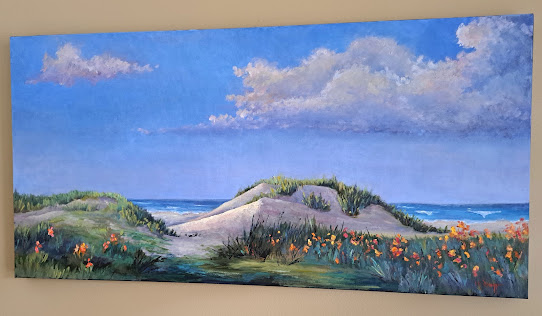 I just finished this piece and had to hang it on the my wall.  My husband and I are big fans of the Outer Banks of North Carolina.

Posted by Carol Schiff Daily Painting at 4:48 PM No comments:

INSTALLATION OF DOLPHIN MOSAIC IN SIDEWALK - MY FIRST MOSAIC

Earlier this year, I entered a contest to have one of my artworks reproduced as a mosaic which would then be embedded into the sidewalk of the Creek Art District in Stuart, Florida.
I sent in this picture of a small painting I had done years before, and was soon notified that I was a finalist in the contest 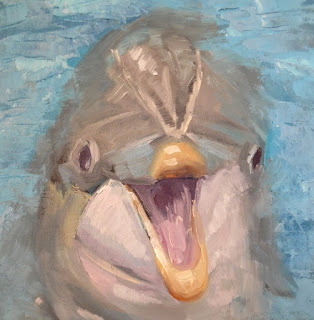 Soon after, I was notified my design had won the contest!  Oh my!  What had I done!  I had never tried a mosaic.  Contest rules dictated that I work with a specific mosaic studio in town, where I met Corina who assured me this would work.  After several visits, my 20x20" mosaic was completed. 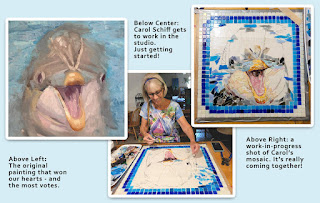 Finally the installation day arrived.  Below is the picture of Corina and Billy (from the City of Stuart) grouting the mosaic into the sidewalk. 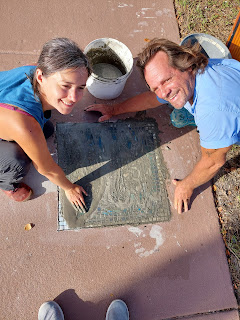 When the grout was cleaned off, I was horrified!! 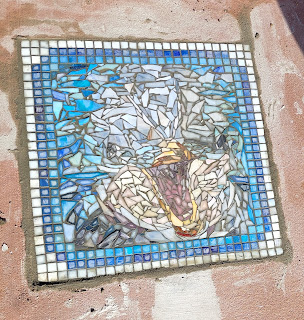 It was not reading well at all!  I could barely recognize what I was looking at, so how would anyone else know?
Fortunately, a day later, during the grand unveiling,  I could recognize the sweet dolphin's face breaking through the water. 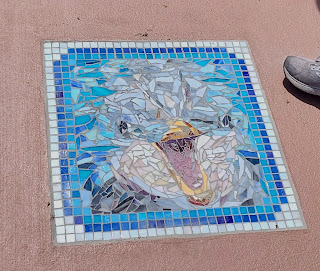 Approximately 40 people came to the unveiling, standing in the hot Florida sun.  I was humbled by the event.  A week later, the mosaic looks even better, as the grout has completely dried.
I am thrilled that I was able to participate in this wonderful project.  Mine was the third mosaic installed this year and there are plans for many more in the coming months.  What an exciting project to bring attention to the art district for many years to come.
Oh my
Posted by Carol Schiff Daily Painting at 4:44 PM No comments: