Almost heaven, West VirginiaBlue Ridge MountainsShenandoah RiverLife is old thereOlder than the treesYounger than the mountainsGrowin' in the breezeI hear her voiceIn the mornin' hour she calls meThe radio reminds me of my home far awayAnd drivin' down the road I get the feelin'That I should have been homeYesterday, yesterdayJohn Denver


One of my favorite songwriter and recording artists. 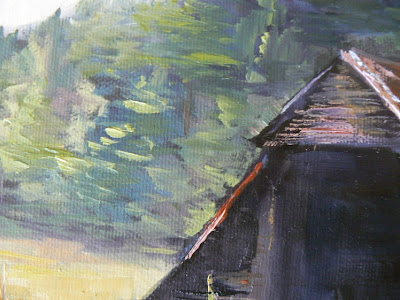 I find his music to be so moving.  It evokes images and memories of my childhood. 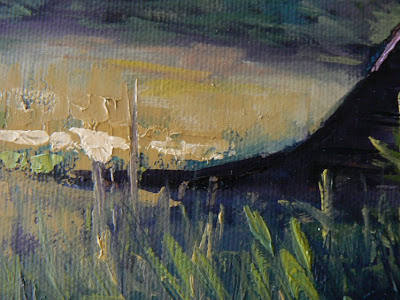 His lyrics  are as moving today and they were when he first wrote them.  Don't you miss him?
Purchase here
150.
Posted by Carol Schiff Daily Painting at 5:39 AM 7 comments: 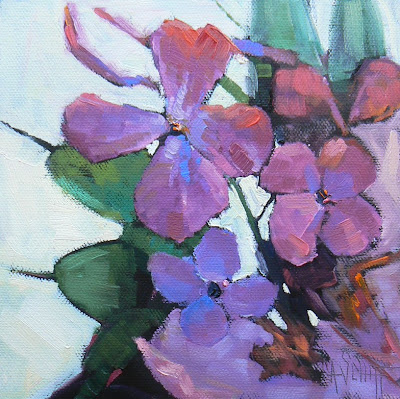 " I perhaps owe becoming a painter to flowers" 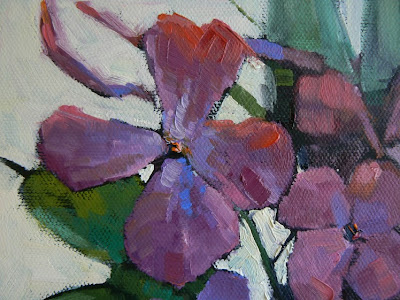 A salute to Monet with the colors and subject matter that inspired him. 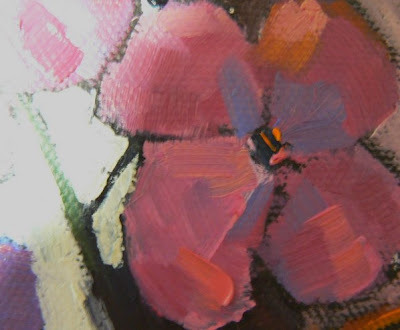 I perhaps owe becoming a painter to Monet. 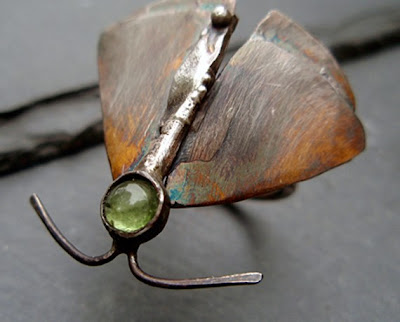 I enjoy browsing through the millions of seller sites on Etsy.   I continue to be amazed at the talented artisans I find there.  Does this unique moth ring strike your fancy? 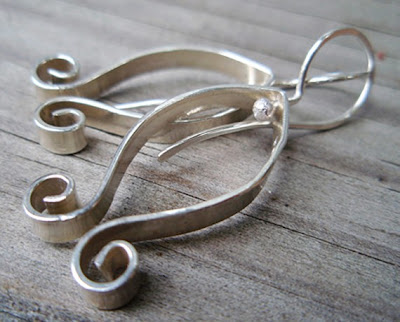 Or perhaps these silver fish shaped earrings are more your style. 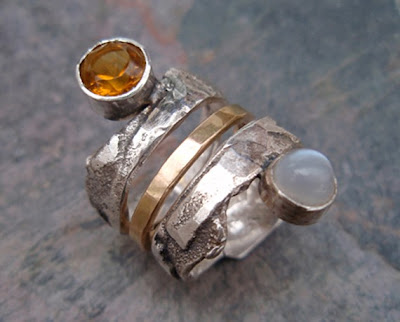 These are just a few of the many gorgeous items you can find at Artigiano on Etsy.  Grab a cup of coffee and enjoy the artful jewelry.  It will jump start your creative juices.
Posted by Carol Schiff Daily Painting at 5:04 AM 4 comments:

THE FREEDOM TO BE YOURSELF, 6X8, OIL, SOLD 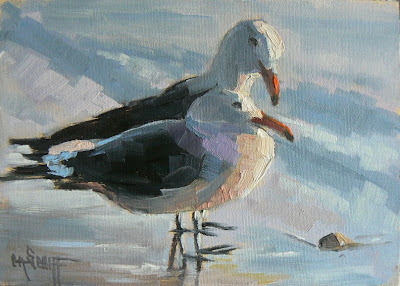 You have the freedom to be yourself,
your true self,
here and now -
and nothing can stand in your way!

Jonathan Livingston Seagull
from a very popular book of the 70's 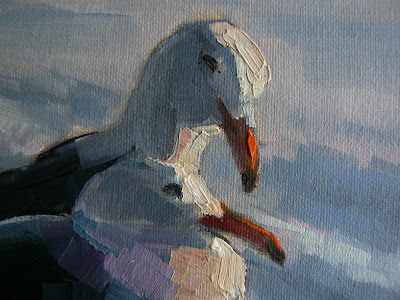 My second choice for a title is "He said, she said".  Also during the 70's one of the top women's magazines of the day, I think it was McCalls or maybe Redbook, had a monthly article called "Can this marrriage be saved?"
They would write the wife's story under "she said" and the husband's version under "he said" and then a counselor of some kind would write an analysis of what was wrong in the marriage and what the couple needed to do to improve the situation.  So, when I looked at this painting, to me it looks like "he" is saying and maybe "she" is not buying it.

Which title do you like the best?  Hmmmmm, I think I just told you how old I am! 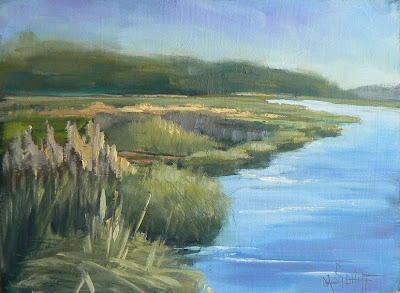 “Live in the sunshine, swim the sea, drink the wild air…”Ralph Waldo Emerson


A marsh in Maine.
Thank you, Donna. 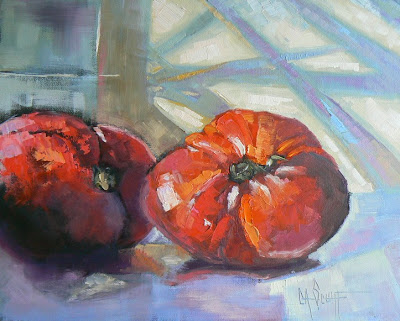 There ain't nothin' in the world that I like betterThan bacon 'n lettuce 'n homegrown tomatoesUp in the mornin', out in the gardenGet you a ripe one, don't pick a hard 'unAll winter without 'em is a culinary bummerI forgot all about the sweatin' and the diggin'Every time I go out and pick me a big 'unJohn Denver 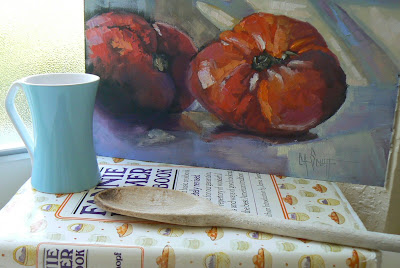 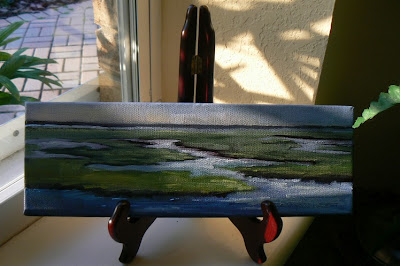 “We need the tonic of wildness, to wade sometimes in marshes where the bittern and the meadow-hen lurk, and hear the booming of the snipe; to smell the whispering sedge where only some wilder and more solitary fowl builds her nest, and the mink crawls with its belly close to the ground.”Henry David Thoreau 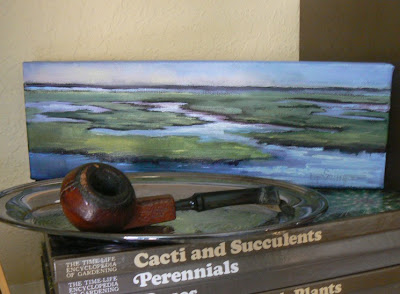 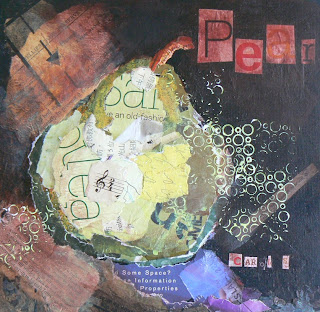 
I had to do another collage, too much fun!!


I have just taken price reductions on many of the paintings on my Etsy sites, CarolSchiffStudio and CarolOnEdge .  If there is a painting you have been wanting to purchase, it may well be one of the ones that I have reduced.
Posted by Carol Schiff Daily Painting at 1:59 PM 7 comments:

HOMES FOR YOUR BIRDS

If I were a bird, I would want to live here, surrounded by all my friends. 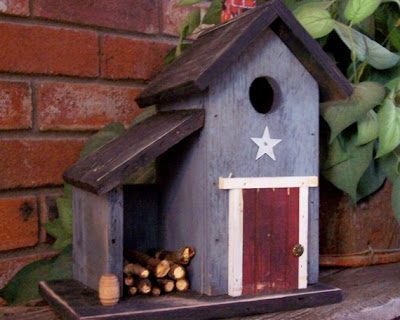 Of course, this little sweetie is very attractive.  There is not doubt where I would stay when I was traveling.....

These are just the cutest little birdhouses I have ever seen.  These and many more creative birdhouses are from Birdhouseaccents
Posted by Carol Schiff Daily Painting at 7:54 AM 2 comments: 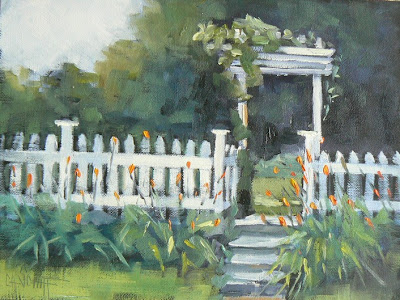 Many days, when I try to paint, it is struggle, struggle, struggle.  Then, just when I think I am helpless and need to find something else to do all day, a painting will just drop off my brush with no help from me.  Such was the case with this one.  It may not be impressive to you, but for me, it is a winner. 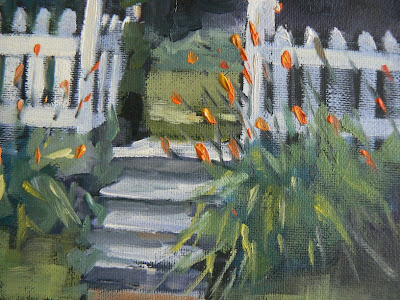 It did my heart good to finish a painting with no overworked passages and in record time.  I have been know to spend half a day on a little 5x7 or 6x8.  Usually when I do that, I finish the day with a scrape party.  So I was happy to finish this in less than an hour.  Now that my hopes were sky high, that I had finally found the key to successful paintings, I once again crashed and burned this morning!!

Do you fight this battle too? 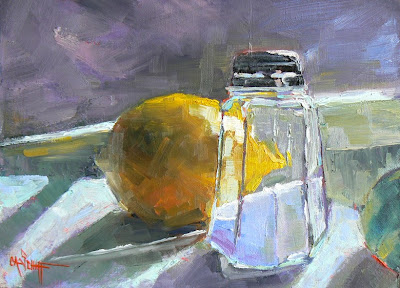 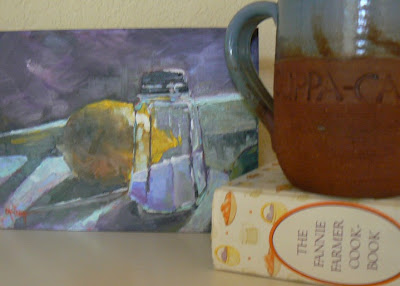 I hope you are all taking it easy today and staying OUT of the kitchen.


Tammy at Beatrice Banks  was kind enough to feature me on her blog today.  Beatrice Banks is a wonderful blog filled with exciting photos of interior design elements.  Hop on over and check it out.  You will be happy that you did!
Posted by Carol Schiff Daily Painting at 7:43 AM 19 comments: 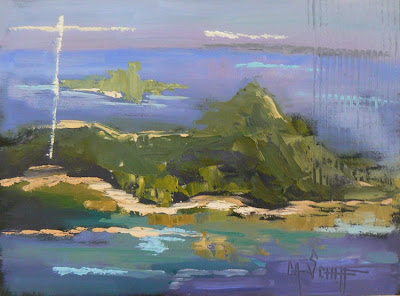 Have I been dreaming of tropical beaches?  Sunny days? Turquoise waters??  Yes, I think so.  Summer seems to have come early here in Florida, and even those of us who live in warm climates dream of exotic Caribbean Islands.
Purchase here
SOLD 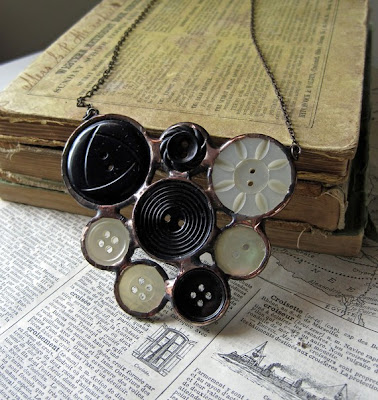 Etsy has some of the most unique items around, all hand-made or vintage.  This is an example of a clever button necklace from ThatOldBlueHouse2.   Check out their site for other interesting jewelry too, including pieces made with vintage lace or quilts.
Posted by Carol Schiff Daily Painting at 9:58 PM 5 comments: 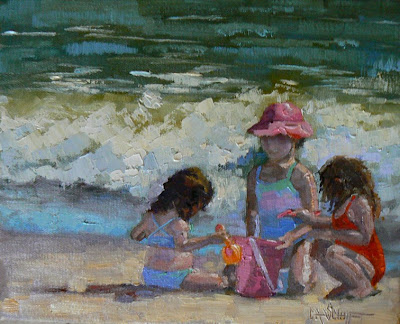 It may not be summer in your neck of the woods, but we have had temps in the high 80's to mid 90's for the past few weeks.  A trip to the beach seems like a fine idea.  I found this trio of sisters enjoying themselves last summer and it seemed like the perfect scene when a family member asked for a special painting for her sister's birthday.  Happy birthday, Susan!

Everyone seems to like nuts, especially cashews, so I wanted to share this recipe with you.  I guarantee it will become one of your favorite go-to recipes for entertaining. 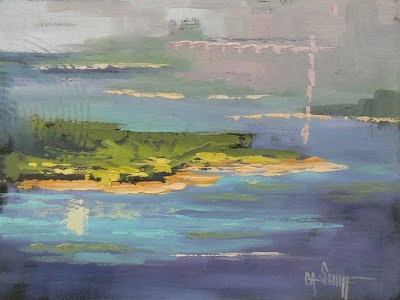 Yesterday we returned home from our first trip of the year to the mountains of North Carolina.  Didn't see any islands there, but in an effort to warm up, I have posted this abstract. 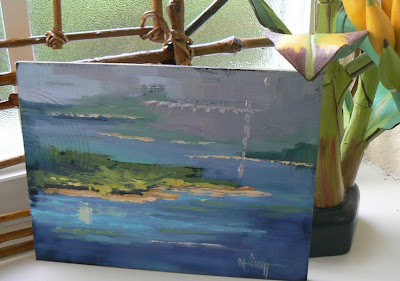 I have lots of unpacking and grocery shopping to do today.  I am trying to post and drink coffee at the same time.  Enjoy!


SOLD
Posted by Carol Schiff Daily Painting at 4:33 AM 7 comments: